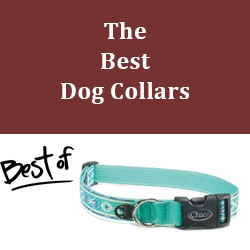 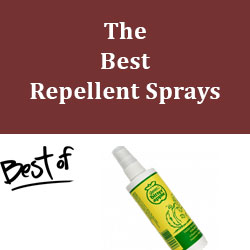 The sun has risen and the morning coffee poured and now I do my daily check on Honey Bun’s belly to check for bruising. I give her tummy a pet and see the ever so familiar purplish bruising marks on her belly. I think to myself, “I must be seeing things” as I place my glasses on. Sure enough I see bruising on her lower belly. Has her IMT (Immune Mediated Thrombocytapenia) returned? I immediately called her vet and transported her to the animal hospital on an emergency basis. Honey was very scared and shaking. She was examined and blood work was done and if her blood platelet count was low, my suspicion would be correct. Immune Mediated Thrombocytapenia has returned.

IMT is a blood platelet autoimmune disorder where the body’s immune system is attacking and destroying blood platelets. Blood platelets are needed to form blood clots and to prevent bleeding in the body. The normal blood platelet count for a dog is (150,000 – 500,000). Honey’s platelet count was 17,000 and anything less than 30,000 is considered a severe case of IMT. Five and a half years prior Honey had her first bout with IMT and her platelet count was 11,000. Honey had a bad reaction to an antibiotic she had taken weeks prior which may have triggered the IMT. For the remainder of her life she would no longer receive vaccinations including rabies vaccinations, no antibiotics, no grooming at salons, no dog parks, no kennels and no socialization with other dogs. Her immune system was compromised and she was susceptible to future episodes of IMT.

During the second bout the emergency room vet felt a hard mass on her anal gland and it was highly suspicious of being a malignant tumor. This could have triggered the IMT the second time. A biopsy of the tumor would not take place because it may cause bleeding. Honey was placed into intensive care immediately.  IMT is treatable but also life threatening. The symptoms of IMT are:  purpura (red or purple spots on skin that resemble bruising), petechiae (pinpoint red spots on skin), pale gums, dark tarry stool indicative of blood in stool, blood in urine, nose bleed, gum bleed, vomiting blood, lethargy and weakness. IMT can be primary which is from genetics (cocker spaniels and poodles are susceptible) or secondary which can be from anything that triggers the immune system such as drug therapy including antibiotics, vaccinations including rabies vaccinations, infections, tick borne infections, heart worm infections and cancer. The exact cause is not known.

Honey was in critical condition and began receiving IV fluids and steroids. Vincristine (used to release platelets from cell into circulation – it is chemotherapy) was administered and blood transfusions to treat the anemia. IMT often results in anemia. Anemia is low red blood cell count while IMT is low platelet count and Evan’s Syndrome is a combination of low red blood cell and platelet counts.

On the third day of Honey being at the animal hospital, my phone rang after working a 14 hour overnight shift. The vet informed me that Honey began vomiting blood on an hourly basis and her sodium levels became elevated and she was concerned that Honey may cardiac arrest at any time.

On my way to the animal hospital I knew that I could not put this pup through any further suffering  Honey was brought to me all wrapped up in a Dallas Cowboys blanket and greeted me with her final little wiggle.  As she lay across my chest she snuggled her head into my neck and gently sighed. She was right where she should be as she would leave this lifetime and cross the Rainbow Bridge. I felt her heart beat so fast as she lay over my heart.  Our 2 hearts became one as the vet performed euthanasia. I felt her last heart beat and told her how much I loved her.

Editor’s Note: This article is dedicated to Honey Bun and all the other pups who have lost their battle with IMT. Share and raise awareness, please.

Zelman was born to a Poodle father and a Cocker Spaniel mother on Thursday November 10, 2005. I first met this adorable bundle of love on Wednesday December 23, 2005 and he became all mine on Wednesday, January 4, 2006. Zellie was into absolutely EVERYTHING!! With the exception of being an incredibly overactive puppy, he lived a relatively normal puppy/dog life for 4 years. Over those years I noticed he had a very sensitive stomach and had diarrhea intermittently for no known reasons. After meeting several dog owners in the neighborhood who were paying out $1,000s for their old and/or sickly pups, I decided to get Zelman health insurance when he was 1 years old. I hoped never to have to use it..

Sunday July 10, 2010 I noticed Zelman was tired and lethargic, but because it was an extremely hot summer in the Philadelphia suburbs, I did not read much into it. In hind sight I should mention that he vomited earlier in the week, but did not seem sick. Zelman always slept in my bed and jumped up to the bed on his own. Sunday night Zelman slept over the air-conditioning vent in the bathroom. Monday morning I walked him before work and although he seemed tired, he was OK (or so I thought at the time). When I came home from work he was stretched out ON the glass coffee table!

This lethargy, sleeping in the bathroom and on the glass table was a little concerning and by the time I got home from work on Tuesday July 13, 2010 he was very, very weak. He did not want to walk and could barely stand up on the tile floor. I called my vet (a 24 hours emergency care facility) to let them know to expect us. It took about 15 minutes to diagnose him. I was in shock. They told me that dogs diagnosed with IMHA are given about a 50/50 shot at surviving the first 2 weeks after diagnosis. They wanted to be sure that I understood the gravity of his situation.

My first questions were is this treatable and are we going to treat this? I was told yes. They kept him that night for a transfusion and I went everyday to visit. When my phone rang Wednesday night around 1:30AM my heart stopped. It was his doctor calling to ask me if Zel could have another transfusion because he had labored breathing and a heart murmur. I told them to give him anything he needed (thank God I have insurance for him)! I also told them not to scare me in the middle of the night again unless he was gone or I needed to get over there to say goodbye. 9 days and sleepless nights, constant worry, and 4 blood transfusions later Zelman came home on Thursday July 22, 2010 to re-begin his life.

I had to learn about his cocktails of medicines, plan proper timing and feeding, and watch him like a hawk. Azathioprine, Prednisone, Atopica, Reglan Aspirin, Pepcid, Fortaflora and later as the side effects kicked in – Metronidazole, Clavamox, Cerenia ..what a new vocabulary I got. Again, thank God for his insurance!

Slowly Zellie came back to me. He went off his Prednisone in January 2011 and his Azathioprine in April 2011 and has been free of medicine ever since. He is happy and healthy and except for a few pounds still to lose, he is back to his old self! I on the other hand, have been completely changed. You see Zellie is my child, my little boy, my heart, my everything. Every time he sneezes, looks at me funny, doesn’t want to eat, breathes a little heavy, goes to sleep a little early I panic. Thank God hes still with me. It all seems like a bad nightmare and I really cant comprehend that it all really happened; but, it did.

I am so thankful for everyday for my little guy. We need to stop this awful disease from taking our fur-babies away from us and making them so sick. We need to educate, research, and give money to end this and end it soon!

Editor’s Note: To those interested in donating to an organization researching this disease, there is a particular branch of the Morris Animal Foundation, called the Meisha’s Hope AIHA/IMHA Fund #338, which has been set up to look for solutions and uses donated money specifically for that purpose.